In the distance I heard the clanging of bells and the rumbling noise of the monster approaching. Everyone around me on the platform peered in its direction. An excited murmur rippled down the length of the platform towards me as the enormous Rocky Mountaineer engine came into view. Bigger and more impressive that I had expected, the blue and gold train swept majestically into Banff station with a seemingly endless trail of carriages behind it.  This was to be my home for the next two days as I travelled through the lush Rocky Mountains on to Vancouver.

For over 25 years these magnificent beasts have been transporting travellers in pampered luxury through the gorgeous region between Vancouver, Banff, Lake Louise, Jasper, Whistler and Seattle.  There are six different itineraries, and I experienced the most historic of them called “First Passage to the West”. This travels along the Canadian Pacific Line that connects British Columbia to the east of Canada. It is an engineering feat that overcame the almost impossible challenge of passing through difficult terrain, over gushing rivers and through soaring mountains.

The journey took two days, with an overnight stay in Kamloops included. On the train, breakfast and lunch was served while attentive hosts told us stories about the passing sights, pointed out significant landmarks and photo opportunities. Occasionally the train would slow down if wildlife, like bears or eagles, had been sighted. Guests thrilled by the shared adventure of passing though this scenic and remote territory, relaxed and got to know each other.  A friendly, informal and warm environment filled the carriage.

Between Banff and Kamloops I was immersed in the majesty of the Rocky Mountains as the train passed through Alberta and into British Columbia. We worked our way around and through soaring tree-covered mountains stretching right up into the clouds, while green-blue rivers gurgled alongside the track.

After Kamloops the terrain transformed into a jagged and stony world. Dark black mountains roughly reached skywards, while the rivers became angrier and faster. The train thundered through this fascinating world, exploring the diversity of the Canadian landscape.

Seats in the Gold Leaf section of the Rocky Mountaineer.

The train has a two-class system, the dual-level Gold Leaf and single-level Silver Leaf. In Gold, I was seated in a plush leather armchair on the upper level with a glass-domed roof for maximum sight seeing ability. I dined downstairs in the luxurious restaurant. Gourmet meals were prepared on board from locally sourced fish, meat and vegetables. In Silver, meals are served at the seat and sightseeing is through vast scenic windows, although there are plans to introduce glass-domed carriages.

In both classes the attention to detail and service is high. For example, bags are taken to and from your room at the pre- and post- stay hotels, as well as for the overnight stay.

Enjoy fine dining as you travel across Western Canada by train.

Travelling on the Rocky Mountaineer is an experience, not just a journey. Stepping on the train I felt I had embarked on something significant. While the train huge and powerful, carriages plush, food delicious and region passing through spectacular, more importantly it is a famous and significant travel icon. It made me feel I was not just a tourist, but had joined an exclusive and special travellers’ club. 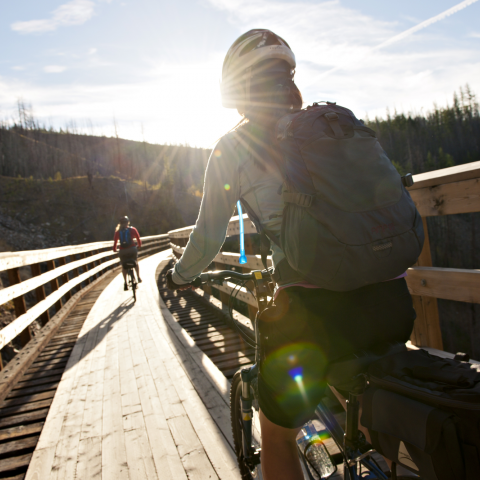 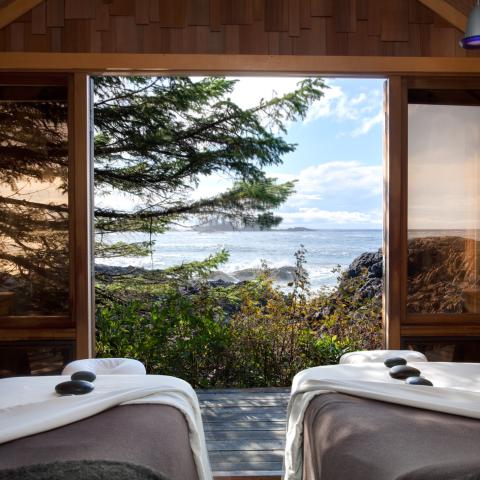 The Best Spots in Canada for a Romantic Getaway 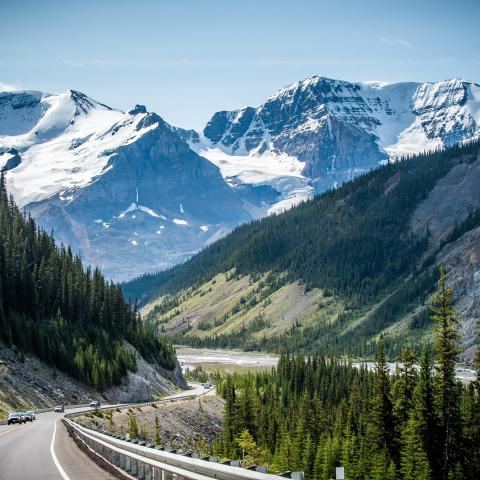